Nate Armstrong is the Investor Relations Chair as well as Co-founder for Home Invest in Chicago, IL. He joined HomeInvest in 2016 and has since helped lead the team in various smart real estate investment projects.

Before venturing into the world of real estate, Nate spent almost 4 years at the Target Corporation. There, Nate earned himself the position of an Executive for Facility Operations for Target after demonstrating excellence in various roles. While working at Target, he was in charge of over $2 million in improvements for Target.com. In addition, he led more than 120 team members and honed his leadership skills greatly. Further, Nate Armstrong also led the contractor hiring for improvements to the first Target.com facility.

In one of the various roles that he held, Nate was the youngest Executive to have led a team in Target’s Rialto Import Warehouse. There, he handpicked a team of 20 new employees, trained them, groomed them, and led them to become the highest producing team of 12 teams in the building in under 7 months. After achieving these results, his position within the company was solidified and he gained the trust as well as respect of his peers.

With a fierce passion for real estate and smart real estate investing, he left Corporate America in 2008. By doing this, he hoped to pursue a career in real estate investment full time. Throughout his professional career, he has coached more than 800 students across the United States of America as well as Canada. He has closed well over 500 real estate deals across numerous regions.

Nate Armstrong was also a guest speaker at Dean Graziosi”s Edge National Event on Real Estate Investing. There, he discussed how he began his career journey in real estate, the obstacles he’s overcome over the years, some tips to success, and what to expect when starting your own real estate business. He also briefly discussed what it’s like working and managing Home Invest as the Investors Relations Chair and Co-founder.

Prior to working at Target and Home Invest, Nate Armstrong was a graduate of Saint John’s University with a Bachelor’s Degree in Communications in Collegeville, Minnesota. While attending Saint John’s, his peers elected him as the Chair of the Student Services Committee. In addition, he co-founded Premium Painting and was awarded the Minnesota Collegiate Entrepreneur of the Year award and finished in the Top Ten Global Collegiate Entrepreneurs of the Year. By the time he completed his studies, he graduated with an impressive 3.56 cumulative GPA and was ready to embark on his professional journey.

In addition to the above accomplishments, Nate Armstrong HomeInvest also earned these awards as well as recognition over the years:

This website is not just a place for Nate to showcase his accomplishments, it is also a place for him to tell his story. In addition, this website helps him connect with like minded professional individuals. To Nate, his thirst to expand his professional network and his determination to excel is what makes him successful today. In addition to expanding his professional network, Nate also wishes to act as a pillar of inspiration to young minds that are looking to venture into real estate. With prior experience in coaching his fellow peers, Nate Armstrong believes being a successful leader is about grooming future leaders. 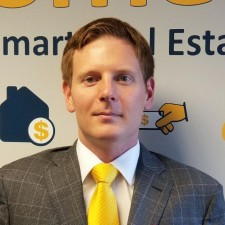 Nate Armstrong currently serves as the Investor Relations Chair for Home Invest in Chicago, IL. Since he joined Home Invest in 2016, he has led the team by helping investors with Smart Real Estate Investing.